Types of Mental Illness | Part I 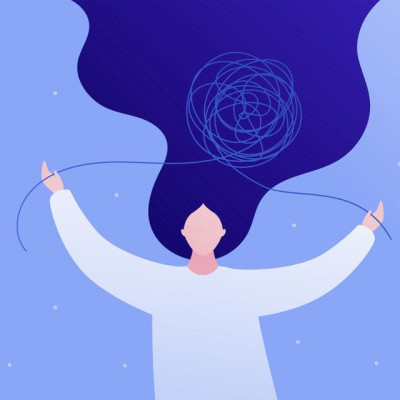 Types of Mental Illness | Part I

➖Obsessive-compulsive disorder (OCD): People with OCD are plagued by constant thoughts or fears that cause them to perform certain rituals or routines. The disturbing thoughts are called obsessions, and the rituals are called compulsions. An example is a person with an unreasonable fear of germs who constantly washes their hands.

➖Post-traumatic stress disorder (PTSD): PTSD is a condition that can develop following a traumatic and/or terrifying event, such as a sexual or physical assault, the unexpected death of a loved one, or a natural disaster. People with PTSD often have lasting and frightening thoughts and memories of the event, and tend to be emotionally numb.

➖Dissociative disorders: People with these disorders suffer severe disturbances or changes in memory, consciousness, identity, and general awareness of themselves and their surroundings. These disorders usually are associated with overwhelming stress, which may be the result of traumatic events, accidents, or disasters that may be experienced or witnessed by the individual. Dissociative identity disorder, formerly called multiple personality disorder, or "split personality," and depersonalization disorder are examples of dissociative disorders.