Perspective: ChatGPT and the dawn of the new Dark Ages 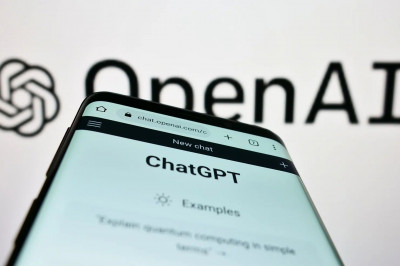 In a post-literate era, those who continue to read and to practice critical thinking skills will increasingly be unable to effectively communicate with those who don’t

Playing with ChatGPT from OpenAI has become all the rage at the moment. This online correspondent powered by artificial intelligence will attempt to answer your questions with a paragraph’s worth of knowledge, write lyrics or pen stories from prompts you suggested, and more, with all responses derived from information processed by algorithms.

ChatGPT writes on the level of sophistication of about a sixth grader, I’d say, scraping the vast amount of online knowledge to do so.

Not surprisingly, people are worried about the bias of ChatGPT: online source material can be very much in line with favored narratives, especially as social media companies have been revealed to actively bury certain viewpoints in favor of others, even burying particular unwelcome facts.

There are already reports that ChatGPT will actually refuse to answer certain questions, such as ones about drag queen story hours. That response is certainly not powered by the algorithms, but rather by the human creators behind it. Certain questions, it seems, should never be asked or answered, even by artificial intelligence. In other cases, the answers depends on the roll of the AI dice, so to speak.

I decided to run my own little experiment, asking ChatGPT the same question — “Can a human being change sex?” — 30 times in a row. Three times, the answer was no. Seven times, the bot said yes, and 20 times it said nothing about sex but instead explained how a person might change gender. It’s noteworthy that it wasn’t until my 18th try that I got the scientifically correct response, which is no.

The world is starting to react. Schools are now deliberating whether to embrace ChatGPT or view it as plagiarism. Artists are suing, as lyrics and visuals created are all by definition derivative of works by human beings. Lobbyists may find their work much easier, which may not be to the public good.