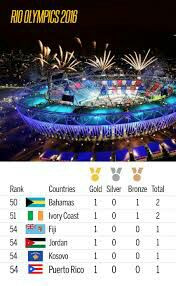 The 2016 Olympic Games at Rio was a watershed one for India as for the first time in Olympic history, their medal haul was enriched only by its female athletes claiming historic podiums on their Games debut.

The two medals were the only returns for India at Rio 2016 among 117 athletes, its largest contingent for any single Olympics, ensuring that the nation did not return empty-handed for the first time since Barcelona 1992. It was a scare that looked very much possible until the last few days of the Games.
The 117-member contingent contained quite a few big names and some of their performances in the lead up to Olympics 2016 boded well for the country’s expectations but the quality of the opposition got the better of them.

Indian badminton star Saina Nehwal, who had won bronze at London 2012 and had managed to fight her way through to the world No. 1 ranking in 2015 after a long spell at second spot won a match before her loss to Ukraine’s Marija Ultinia ended hopes of a second-consecutive medal at the Games.