Will North Korea agree to end the Korean War? 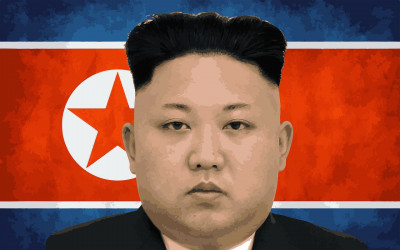 A few months back, the South Korean stock market zoomed through the roof after it came to light that North and South Korea had restored the hotline that the former severed more than a year ago. [https://www.nknews.org/2021/07/stocks-surge-in-south-korea-on-hopes-of-renewed-inter-korean-projects/] Nothing much has happened since then.

Now comes the news that South and North Korea, China, and the US have agreed "in principle" to end the Korean war formally. The Korean Peninsula has been a state of war for almost 70 years. South Korean president Moon Jae-in announced this on a visit to Australia. (https://www.theguardian.com/world/2021/dec/13/north-south-korea-agree-in-principle-formal-end-war-us)

But there is one hurdle on the way. North Korea is not yet convinced that the U.S. has given up its "hostility" towards it.

Will the hopes of a truce prove to be yet another false dawn? Moon is more hopeful this time. "We hope that talks will be initiated. We are making efforts towards that," he said.

North Korea dictator Kim Jong-un has been threatening people in his country with arrest and even execution if they used South Korean slang or had that country's entertainment material. [https://edition.cnn.com/2021/07/23/asia/north-korea-culture-war-kpop-intl-hnk-dst/index.html]

The leaders of both countries have met several times in the past to thaw the relations, but North Korea finds a way to raise the temperature under one pretext or the other and relations go into a meltdown. In fact, that has been the pattern for almost 70 years now.

After the announcement by Moon, South Korean unification minister Lee In-young has declared it a "turning point for a new phase for peace." And has hoped that North Korea would start negotiating for peace.

Meanwhile, the United States has said that it holds no hostility toward North Korea and that it continues to wait for a positive response from Kim. The U.S. has also said that it is ready to meet with North Korea without any preconditions. (https://en.yna.co.kr/view/AEN20211214000200325)

If the relations improve, Pyongyang and Washington can again hold negotiations on the stalled nuclear talks. But it is Kim who has to take the call.

The relations between the two over the years:
https://web.stanford.edu/class/e297a/North%20Kores-%20South%20Kores%20Relations%20Since%20the%20Korean%20War