Why North Korea is rejecting vaccine against Covid-19? 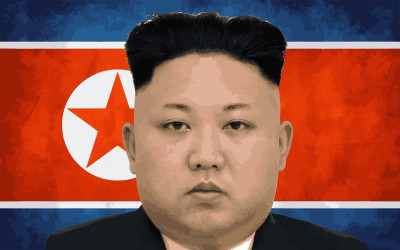 North Korea may have suffered from the Covid-19 crisis, but it is not interested in getting its population vaccinated. At least that seems to be the reason, as it has rejected 3 million vaccines offered by the United Nations. It has shown what can be called magnanimity by asking the UN for distributing the same vaccines among the harder hit countries.[https://news.sky.com/story/covid-19-north-korea-declines-offer-of-three-million-coronavirus-vaccines-says-unicef-12396983]

While North Korea has reported no cases, it has remained isolated from the world after imposing strict measures in the country. For instance, it sealed off its borders to visitors and trade and even suspended land or sea shipments from its closest ally, China. It even pulled out of the Tokyo Olympic Games, fearing the spread of the virus. But there were reports in July of an outbreak in the country, with Kim Jong Un berating officials for letting a “grave incident” happen. But it was never revealed as to what he was referring to. [https://www.voanews.com/covid-19-pandemic/north-korea-shows-no-vaccine-urgency-despite-new-virus-woes]

While North Korea was offered the China-made Sinovac doses this time, it has similarly rejected two million AstraZeneca jabs in the past. It had cited the side effects of the vaccine as one of the reasons for declining them. It has now come to light that even Russia had offered vaccines, but North Korea had declined the offer.

It is unclear as to why North Korea is so adamant about rejecting the vaccines, but it could either be suspicious of the jabs or it doesn’t believe in the efficacy of the same. According to reports in South Korea, the state-controlled media has often expressed doubts about the efficacy of the vaccines. But in December, it was North Korea that requested the group that provides vaccines to the world’s most vulnerable countries vaccine access. It was following this that three million vaccines were offered. [https://www.washingtonpost.com/world/asia_pacific/north-korea-vaccine-delay/2021/08/24/fdf1b054-031a-11ec-825d-01701f9ded64_story.html]