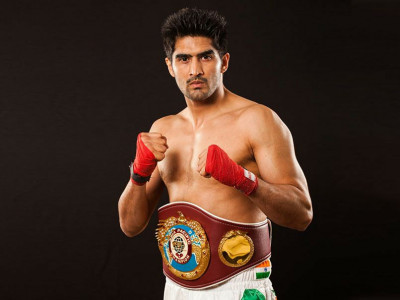 In Beijing Olympics 2008, the Indian hero registered a comprehensive win against Carlos Gongora of Ecuador to a boxing event. Vijendra Singh Beniwal is a middleweight boxer who brought the first medal in boxing to the country.
Vijendra Kumar Beniwal came from a small village of Bhiwandi, Haryana. Born in a middle-class family, his father was a bus driver who worked hard so that his two sons can achieve what he couldn't. Vijendra and his brother were inspired by Raj Kumar Sangwan, who won the Arjuna award for boxing. Soon Vijendra started covering the milestones in boxing.
He made his Olympic debut in 2004 Athen, but achievement started coming through Beijing Olympics 2008 from the Bronze medal that continued in Commonwealth games and Asian games.
For his win in Olympics, he received the Padma Shri award and Khel Ratna.
He also worked in the entertainment industry for a while, but his love for boxing was never able to keep away from boxing.
In 2015, he left amateur boxing and went to Pro boxing. He started by winning, and that streak has not ended yet. He won a total of 9 matches continuously of which seven are from a knockout. He is a champion in the middleweight championship with the title of Asia-Pacific.
Under unfortunate time he came into a controversy of drug smuggling but was later freed from accusations.
Vijender has brought boxing into the limelight, and he continues to inspire millions and wins every bout successfully!