Tokyo Olympics: Players to watch out for. 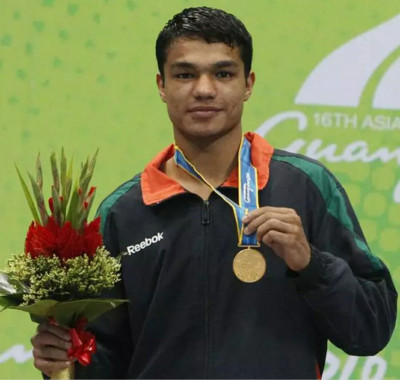 Born on 10 February 1992 in Singhwa Khas village in Hisar District, Haryana, Vikas Krishan Yadav is the second Indian boxer after Vijender Singh to qualify for the Olympics for the third time. He also won the Best boxer award in the National Championships in 2010 followed by the Arjuna Award in 2012. He won a gold medal at the 2010 Asian Games in the Lightweight category. He took a year off from boxing after his premature exit from the 2012 Olympics & completed his education at the Kurukshetra University & his training with the Haryana State Police. He is presently a DSP in Haryana Police. After coming back to boxing he won a bronze medal in the middleweight category in the 2014 Asian Games, won a silver medal in the 2015 Asian Boxing Championships. In 2018 he won the gold medal at the Commonwealth Games & became the first Indian male boxer to win a gold medal at the Asian as well as Commonwealth games. He also won a bronze medal at the 2018 Asian Games. In order to qualify for the Tokyo Olympics, he defeated Japan's Sewon okazawa, who was World No 6 at that time. In 2015 he was ranked 4th overall in the world. In conclusion Vikas Krishan Yadav has the potential to win an Olympic medal for India which is missing in his collection as of now which makes him a promising prospect in the Tokyo Olympics for India. He is set to participate in the Welterweight division in the Round of 32.
#Cheer4India