S There are beggars with bank accounts, some are also part of extortion rackets 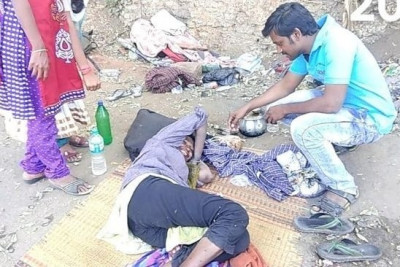 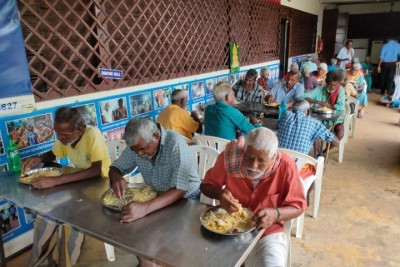 We have a team of 400 volunteers spread across 18 districts of Tamil Nadu who are engaged in rehabilitation works. Many of them work as executives in various corporate companies.

Every time we get a call from people, requesting us for help we reach the spot and make detailed enquiries about the individual. Since begging is a crime (under the Bombay begging prevention act, which is also followed in Tamil Nadu), conducting rehabilitation work is not easy.

When I started Atchayam Trust in 2014, we didn’t have a shelter home of our own. So we had to wait for other homes to take in the people whom we spotted on the street. And it took time. By then, many whom we have tracked down for rehabilitation would have disappeared.

It’s estimated that there are 3 lakh 96,000 beggars in India, including 6,000 in Tamil Nadu, as per the 2011 data from the department of social justice. This is a very conservative estimate and does not reflect the exact numbers. One reason why it’s so difficult to take an exact count is because beggars keep moving from one place to another all the time. Many of them also do begging on a part-time basis and have designated spots and locations, where they frequent.

Some are also part of organised extortion rackets. There have been occasions when our volunteers were chased away by beggars after they went to collect their details. Occasionally you will also find a beggar with a bank account.

These are people who once had a job, but due to circumstances and family apathy ended up on the streets. Such stories are the most heart-rending, because they have children and relatives who can easily support them, but refuse to do so, because they look at them as a burden.

(In conversation with Sangeeth Sebastian, founder Vvox, a sextech platform. The series is a part of an AKADialog initiative to capture the lives of newsmakers.)