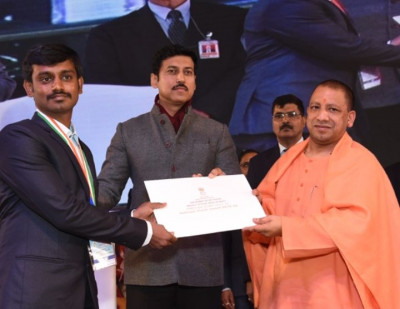 People don't deserve to die on streets like dogs

There are beggars with bank accounts, some are also part of extortion rackets

We can end begging if families take care of elderly

Great. Thank you for helping

I have faced more insults and taunts in my life than a beggar, just because I decided to stick with my true calling: rehabilitating beggars.

I developed an interest in rehabilitating them while doing my final year mechanical engineering in 2014. One day while going back home, a grandmotherly looking lady came to me and asked for money, because she didn’t have anything to eat. I bought her food with whatever little money I had on me.

The next day, I saw the same lady, asking for money from a different person. That was the trigger. It made me realise that if I really wanted to do something and make a difference, then I have to stop them from begging again. This can happen only if I rehabilitee them.

As a first step, I decided I would raise money from local philanthropists and business people whom I thought would be more than happy and enthusiastic to support my cause. I was completely wrong. Not only did I get any support, but I was also called a beggar myself, because I was going around and asking others for money.

There were occasions when some of my college friends were too ashamed to invite me to their homes or even offer me food along with other people, just because I spend most of my time with beggars.

Later on when I became a lecturer, it was the turn of my senior colleagues to mock me calling me a “beggar lecturer”.  By then I had started Atchayam Trust, with a team of seven volunteers to initiate rehabilitation works.

It’s extremely hard to stick to your goals and vision when almost everyone you know, including your own family, seems to be against you.

Things finally changed when I won a national award for my works from the Union ministry of youth affairs.

( In conversation with Sangeeth Sebastian, founder Vvox, a sextech platform. The series is a part of an AKADialog initiative to capture the lives of newsmakers.)