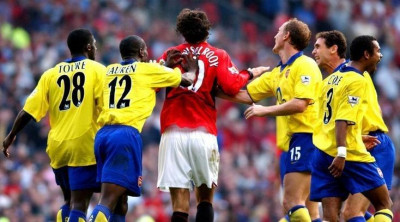 On Thursday, Old Trafford will be on its heels to welcome their new manager Ralf Rangnick. The Red Devils will also face their North London rivals Arsenal. Since the days of Sir Alex and Arsene Wenger, this fixture has always been an entertaining watch. From Arsenal’s “invincibles” to Manchester United’s “treble”, both the clubs were once the top-dogs in Europe. But, since their fall from grace both the clubs have struggled massively in the past decade.

Manchester United is in a wretched run right now. The Red Devils have only registered a single win in the past five Premier League matches. In the process, United has conceded 12 goals and scored 5. Under Ole, the Mancunian side was a disaster waiting to happen. Their captain, Harry Maguire will return for United following his one-match ban. Cristiano is also expected to start after he was benched for the Chelsea clash on Sunday. Whereas, Ralf Ragnick will be on the stands watching his new team play.

On the other hand, Arteta is building something special in the Emirates. With a host of young and exciting talents like Smith-Rowe, Saka, Odegaard, Ramsadel, etc, the future looks bright for the Gunners. Arsenal is on 5th in the league table and are level in points with 4th placed West Ham. The Gunners are playing some of their best football under Arteta. The major concern for Arsenal would be the fitness of their talisman “Saka”. The England international was instrumental in Arsenal’s win over Newcastle. But the starman had to limp off after half-time because of a muscle injury.

This Thursday's clash will be pivotal for both the clubs as they are both looking to make inroads into Europe. Manchester United cannot afford to drop a point and for Arsenal, the only way is up.