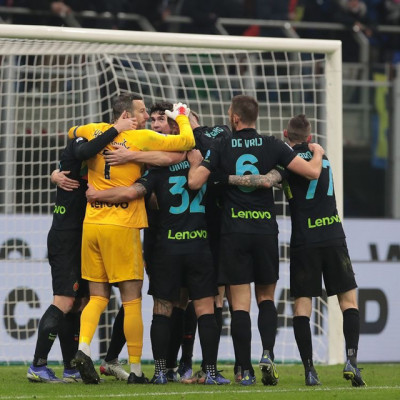 It's an interesting sports as their dedication towards the team as well the game inspire and that's make a even more interested part of it .

Inter midweek fixture was postponed due to a Covud outbreak in Bologna. They played their first game of 2022 in the weekend against Lazio. Inter won that match with a scoreline of 2-1. They are currently at the top of the table. They also have a game in hand.


Inzaghi went with a 3-5-2 formation. Bastani, Perisic, Martinez and Sanchez started the game for Inter. Sarri was having a 4-3-3 formation for the game. Basic, Immobile and Mausic were in the starting lineup for Lazio.


Inter had a disallowed goal in the first 17 minutes of the game. Martinez goal was ruled out by the VAR for a tight offside. However, Inter got the lead in the 30th minute as Alessandro Bastoni gets on the scoresheet for the first time this season. Ciro Immobile equalizes within 5 minutes and the score is 1-1 at the end of the first half.

Inter will meet Juventus in midweek for the SuperCoppa Final. Lazio will be facing Salernitana for a Serie A fixture over the weekend.