Are the relations between North and South Korea thawing? 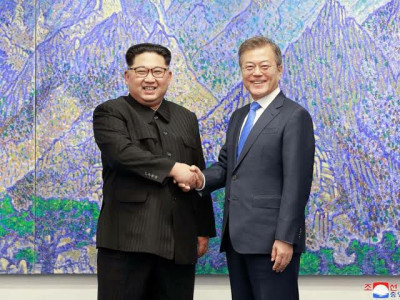 The excitement in the South Korean stock market was palpable as several companies linked to projects in North Korea saw their prices zooming through the roof. This was after the news that both countries had restored the hotline that the North cut off more than a year ago. [https://www.nknews.org/2021/07/stocks-surge-in-south-korea-on-hopes-of-renewed-inter-korean-projects/]

Several South Korean companies had invested multi-billion dollars in North Korea when the relations between the two countries went down after a failed summit between the U.S. President Donald Trump and the North Korean dictator Kim Jong Un in 2019.

Can the relations between the two improve from here? That's what people of both Koreas can expect, but their hopes have been belied in the past. What is encouraging this time is that both the countries were holding negotiations for months before the reopening of the communication lines.

This announcement comes days after the North Korean dictator had threatened people in his country with arrest and even execution if they used South Korean slang or had that country's entertainment material. [https://edition.cnn.com/2021/07/23/asia/north-korea-culture-war-kpop-intl-hnk-dst/index.html]

Observers of both countries want more evidence to say that the relations between the two Koreas are on the mend. There have been several instances when it was felt that both countries could achieve permanent peace in the peninsula only to be disappointed later.

It was felt in 2018 and that both countries were close to a deal when South Korean Prime Minister Moon Jae-in and Kim met thrice with raising hopes. But the relations went downhill not to recover until now.

While both the countries have openly acknowledged the reopening of the communication, the trajectory of the relations will determine the fate of investments, military cooperation, unification and other issues between the two. If the relations improve, it is likely that Pyongyang and Washington can again hold negotiations on the stalled nuclear talks between the two.

What the restoration of talks means:
https://www.nknews.org/2021/07/seoul-announces-hotline-communications-breakthrough-with-pyongyang/

The relations between the two over the years:
https://web.stanford.edu/class/e297a/North%20Kores-%20South%20Kores%20Relations%20Since%20the%20Korean%20War