Will Russia attack Ukraine after failure of talks with U.S. & NATO? 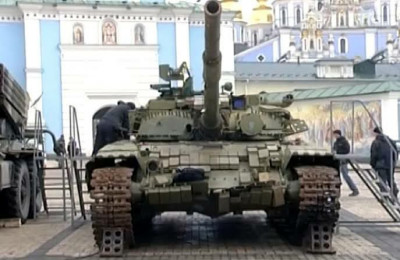 A senior U.S. official has been quoted by the CNN as saying that "drumbeat of war is sounding loud" after the failure of talks between Russia and the U.S. & NATO in Geneva. The talks were supposed to lead to a breakthrough and bring down the tensions on the Russia-Ukraine border. (https://edition.cnn.com/2022/01/13/politics/russia-talks-diplomacy-uncertain-thursday-osce/index.html)

Ukraine has again said that Russia had massed 106,000 troops and 1,500 tanks near its border, and there are no signs of it backing down. And Moscow has repeated its warnings that it will "take all necessary measures" to secure itself. (https://www.nytimes.com/2022/01/13/world/europe/russia-ukraine-talks.html)

Russia has described its security talks with the United States and NATO as "unsuccessful." Russia's neighbor and NATO member Poland talking on the sidelines of the Organization for Security and Cooperation in Europe (OSCE) in Vienna has said that Europe is nearer to war than it has been in 30 years. (https://www.aljazeera.com/news/2022/1/13/kremlin-says-us-nato-security-talks-unsuccessful-so-far)

After the 2014 Russia-Ukraine conflict, cooperation between Ukraine and Russia has intensified in several areas. While NATO has been saying that Russia would pay a "high price" if it invades Ukraine, it has been non-committal on militarily defending Ukraine if Russia launches an attack.

After the OSCE meeting, the U.S. Ambassador Michael Carpenter told reporters that the "drumbeat of war is sounding loud and the rhetoric has gotten rather shrill." He went on to add, "We have to prepare for the eventuality that there could be an escalation." (https://edition.cnn.com/2022/01/13/politics/russia-talks-diplomacy-uncertain-thursday-osce/index.html)

The U.S. has warned of severe sanctions if Russia takes action on its border with Ukraine.

Why Russia and U.S. are at odds:
https://www.aljazeera.com/news/2022/1/10/us-and-russia-still-at-odds-after-ukraine-talks