Why U.N. Food Agency thinks war in Ukraine will lead to worst food crisis in decades 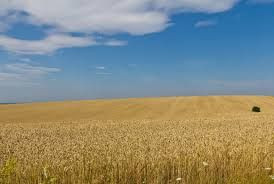 Even before Russia invaded Ukraine, the world was facing high food inflation as one of the after-effects of the Covid-19 pandemic. The invasion has come as a dampener and the world faces a potentially significant food crisis.

The U.N. Food and Agriculture Organization had predicted earlier this month that soaring prices could put millions in danger of severe hunger, as the food supplies from Ukraine as staples like wheat would be severely affected. ( https://www.theguardian.com/world/2022/mar/14/ukraine-invasion-worldwide-food-crisis-warns-un )

A few weeks down the line, the fears are growing, and the future scenarios of the food crisis is getting scary, according to the United Nations.

Speaking at the U.N. Security Council, the head of the U.N.’s World Food Program, David Beasley, said the war has meant that fertilizer for Ukraine from Russia and Belarus has not reached Ukraine and it has made the production of staples like corn and wheat very difficult. Middle Eastern countries could be most hit by the food crisis as they depend on Russian and Ukrainian food exports. Saying that Ukraine had turned “from a breadbasket to a bread line,” Beasley said, “We’re looking at what could be a catastrophe on top of a catastrophe on top of a catastrophe in the months ahead.” ( https://www.un.org/press/en/2022/sc14846.doc.htm )

The world has every reason to be worried about the food crisis as Russia and Ukraine are responsible for 30% of the world’s wheat exports. ( https://unric.org/en/war-in-ukraine-sparks-global-food-crisis/ )
Many other countries in Africa and the Middle East are worried about ripple effects as wheat prices have been going up, and they are the largest importers of wheat from Russia and Ukraine.

Russia hit back with Vasily Alekseevich Nebenzya, Russian diplomat and the current Permanent Representative of Russia to the United Nations saying that the Western statements that a global food crisis is being caused by the Russian Federation’s activities in Ukraine were not true and that the “real reason” for this crisis is the “unbridled sanctions hysteria” unleashed against his country. ( https://www.un.org/press/en/2022/sc14846.doc.htm )

How serious is the food crisis?
https://www.voanews.com/a/head-of-un-food-agency-says-war-in-ukraine-will-lead-to-worst-food-crisis-since-world-war-ii/6507466.html