What Is a Pescatarian and What Do They Eat? 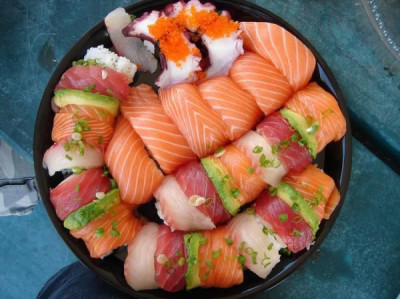 A Pescatarian is someone who doesn’t eat meat, but does eat fish.

The term Pescatarian was coined in the early 1990s and is a combination of the Italian word for fish, “pesce,” and the word “vegetarian.” Sometimes it’s spelled “pescetarian,” but this means the same thing.

In scientific literature, this diet is often described as “pesco-vegetarian,” and is lumped into the spectrum of vegetarianism.

By that definition, a pescatarian is someone who chooses to eat a vegetarian diet, but who also eats fish and other seafood. It’s a largely plant-based diet of whole grains, nuts, legumes, produce and healthy fats, with seafood playing a key role as a main protein source. Many pescatarians also eat dairy and eggs.

# What Do Pescatarians Eat?
A typical pescatarian diet is primarily vegetarian with the addition of seafood.

➖Pescatarians Do Eat
▪️Whole grains and grain products
▪️Legumes and their products, including beans, lentils, tofu and hummus
▪️Nuts and nut butters
▪️Seeds, including hemp, chia and flaxseeds
▪️Dairy, including yogurt, milk and cheese
▪️Fruits & Vegetables
▪️Fish and shellfish
▪️Eggs

A pescatarian diet can be quite healthy. This way of eating provides more flexibility and some additional nutrition compared to a standard vegetarian diet.