C Uniform isn't the flag bearer of equality as you think it is; it is rooted in white supremacy

School Uniforms should be promoted to reduce discrimination 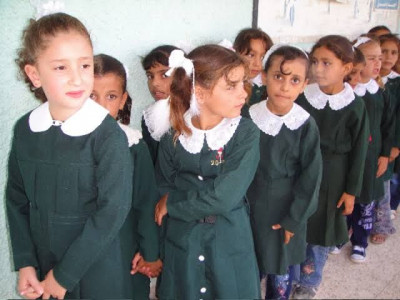 School Uniforms should be promoted to reduce discrimination

While a lot of people believe uniform is a way to promote equality, and possibly to some extent that could be true only if uniforms weren't the way they usually are.

Uniform, in my opinion, restricts students from expressing themselves freely. Especially because they are always very west-oriented. America is a free country and students should be allowed to express their traditional, religious and moral views.

It is almost a colonialistic approach to force children from different backgrounds to wear the same kind of clothing. Muslim girls wear hijabs and Abaya, Sikh boys wear a turban and many other religious minorities express their values through their clothing. Not only that, they are subjected to violence and other forms of hate crimes because of their cultural, racial and religious identities. To impose uniform on them is furthering this sick narrative where they're not allowed to be who they are.

Uniforms sound great on the surface, to a white American because they don't seem to have to think all of these things through. Uniforms are a projection of privilege, and more often than not a subconscious means of white supremacy.

Not to mention, most uniforms are categorised according to the gender binary which not only excludes non binary people from the discussion but also force gender expectations on young boys and girls. Uniforms do nothing but force people into boxes.

The only way to equality is through education, not imposition. If we believe in "my body, my choice" for adults, we should have to let children learn that as well. We cannot snatch their freedom of expression from them and expect them to know their rights when they're adults.