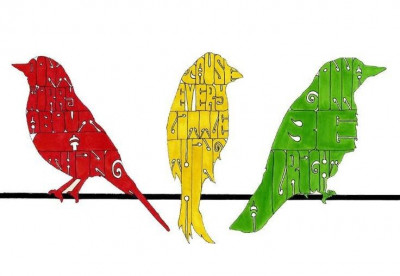 Robert Nesta Marley popularly known as Bob Marley was born in Nile Mile, Jamaica on, 6th February 1945. Even though his time on earth was short, Marley succeeded in touching the lives of millions of people all around the globe.

Growing up in a poverty-stricken country, Marley never chased money or fame. Marley is one of the pioneers of "reggae" music, and through his music, he put Jamaica on the map. Marley also paved the way for other Jamaican artists who had got lost in the crowd. Marley used his popularity and his platform to spread the message of love, happiness, and peace. People living in different parts of the world embraced his "Rasta" philosophy which drew its belief from many sources, including individuals like Marcus Garvey, the Old Testament, and their African heritage and culture.

Marley helped people break out of their cage and take a stand against injustice, racism, and all the evils prevailing in society. Marley was the voice for the voiceless and a ray of light in the darkness. Marley inspired people to fight for their dreams and to stand up for what they believed in.

Marley saw life as "One big road with lots of signs. So when you are riding through the ruts, don't complicate your mind. Flee from hate, mischief, and jealousy. Don't bury your thoughts, put your vision into reality".

Marley's music is life-transforming and answers our highest needs. His songs like "No Woman No Cry" will still wipe away the tears from a widow's face, "Redemption Song" will still be a rallying cry for emancipation from the tyranny of life.

Although he was taken away from us at a very tender age, his beliefs are still relevant today. Marley produced music that helped people forget all their troubles and dance along to the tune.

AFC Ajax this year released their Bob Marley-inspired new third kit for the 2021-22 season, which is a tribute to their fans' anthem, "Three Little Birds."