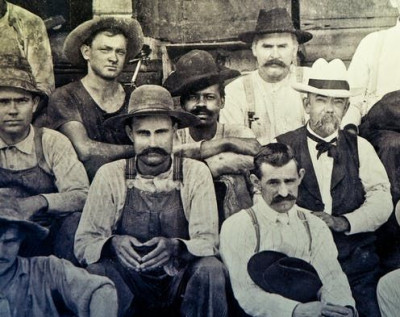 When you hear the name Jack Daniel, whiskey probably comes to mind.

But what about the name Nathan “Uncle Nearest” Green?

In 2016, The New York Times published a story about the distiller’s “hidden ingredient” – “help from a slave.” In the article, the brand officially acknowledged that an enslaved man, Nearest Green, taught Jack Daniel how to make whiskey. Since then, scholars, researchers and journalists have descended upon Lynchburg, Tennessee, hoping to learn more about a man who, until then, had appeared as a mere appendage in the story of the country’s most popular whiskey brand.

As a scholar of tourism whose research involves highlighting marginalized populations and counternarratives, I followed these developments with keen interest.

In the fall of 2020, my critical sustainable tourism students created a short documentary, “Uncovering Nearest.” I wanted my students to learn more about Green, since so many voices and faces of enslaved Africans and Black Americans have been silenced or erased from American history textbooks and heritage tourism sites.

Popular media, through shows like Netflix’s “High on the Hog: How African American Cuisine Transformed America,” have finally started to acknowledge the ways in which Black Americans have contributed to some of America’s most iconic dishes and spirits.

For example, James Hemings, Thomas Jefferson’s enslaved chef, traveled with Jefferson in 1784 to France, where he trained in French cooking at the highest culinary level. He ended up being instrumental in introducing legendary dishes like macaroni and cheese, ice cream and French fries to the United States.

James Hemings eventually trained his younger brother, Peter, to take his place. In the fall of 1813, Peter Hemings learned brewing, and it’s likely that he became the the first Black person in America to be professionally trained as a craft beer brewer.

Neither James nor Peter Hemings was a hobby chef or leisure brewer; this was their forced way of life. And the enslaved people who crafted new dishes didn’t set out to change American cuisine. They simply needed to make do with what little they had.