The Reality of Manchester United’s Season: Top Four and a Trophy 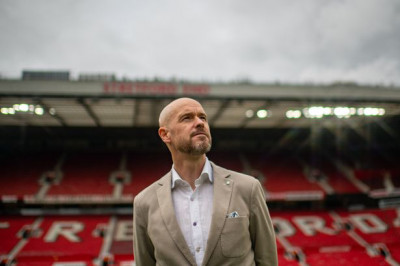 Being the only English team left in four competitions is certainly no easy feat, but Manchester United, under new management, have managed it.

Before they get too comfortable, they have tests in Nottingham Forest, Reading and Barcelona in their respective competitions to navigate through first.

Six years since their last taste of silverware, the Manchester United manager has publicly stated his desire to end their Red Devil’s trophy drought. It was one of his outward aspirations for his initial season in charge.

There’s no denial from the Manchester camp that they’re far from a finished article. With their current project not too dissimilar to the situation Mikel Arteta was involved in 2019, they are still far behind the requirements of a title-challenging side.

This disparity was highlighted in their recent visit to the Emirates, where the visiting outfit was often disjointed.

Erik ten Hag needs time. The same that the Spanish manager has been handed in North London.

A drastic change has been Manchester United’s record against the Premier League’s traditional top six, with statement wins against Liverpool, Tottenham, Arsenal and local rivals Manchester City. Defying the odds on the biggest of occasions has become ten Hag’s forte this term.

A season of modest but true progress has been a delight to fans, but a lack of January incomings begs the question whether this squad allows this team to tick off anything from their wish list.

Challenging for the title in ten Hag’s introductory campaign was never on his radar, but top four credentials and a trophy were. And as we near a commonly known exigent period (the business end of the season), this precedent that was set is looking more likely a reality.

There’s still a treacherous mountain to climb, but the early signs complement Erik ten Hag’s methods and the philosophies he’s so eager to drill into his set of players.

Next on Manchester United’s congested agenda is a trip to Nottingham Forest where they plan to book themselves a place at England’s loving home of football, Wembley.