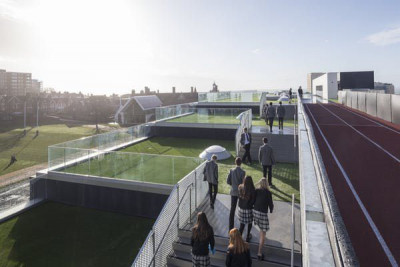 Some UK private schools appear to be taking advantage of their charitable status and the lax legal definition of “public benefit” by charging fees that are increasingly out of kilter with their ongoing costs.

Around 1,300 UK private schools, including the vast majority of the most prestigious private institutions, enjoy long-standing charitable status. This gives them substantial tax advantages but obliges them to use their charitable resources for public benefit.

Our research, conducted over the last four years, focuses on how these schools acquire, sustain and use their wealth, and on the associated thin transparency and accountability regimes that have endured for more than a century. (Responses received are collated at the end of this article.)

We found that some of these schools have more than doubled their fees over the past two decades, which appears to indicate that they are pricing by what parents can pay, rather than their actual costs.

Charging very high fees while offering discounts (known as fee remissions) that mostly benefit the already-wealthy can be justified as lawfully charitable and delivering public benefit under the loose regulatory environment created by English charity law. Furthermore, the limited nature of the level and reach of fee remissions is often obscure, given their – quite legitimate – treatment in private schools’ financial accounts.

While less than 7% of pupils attend private schools in the UK, in 2020 more than 31% of students at Oxford University were privately educated. This educational disparity is effectively subsidised by all UK taxpayers through a broad range of tax exemptions available to private schools with charitable status. The UK also subsidises universities by a roundabout route, meaning that privately educated students pay to get access to a state-subsidised system.

It is not possible to state with certainty how much the UK’s charitable private schools save through tax exemptions. However, a good estimate according to our research is around £3 billion a year.