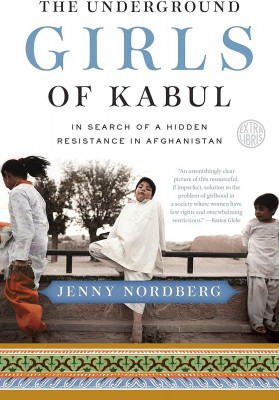 Kabul Underground Girls: The Hidden Life of Afghan Girls in Boyish Clothing by Jenny Nordberg, which has brought many honors and awards to its creator, deals with the lives of Afghan women who have to deny their gender and live like men in order to have a more comfortable life. Dress and behave.

In Afghanistan, there is a completely masculine culture and everything is ruled by men to the extent that the birth of a boy brings joy, celebration and joy, but this is not the case for girls and the birth of a girl is a disgrace and a good future awaits They are not.

Jenny Nordberg is an experienced journalist who provides a powerful and compelling account of the lives and destinies of girls dressed as men and traveling around the city. Of course, it goes without saying that such an action has a long history in Afghanistan and is referred to as "baby clothes".

The Underground Girls of Kabul, which describes the challenges of this lifestyle, has vivid and significant characters that bring the book to life. For example, Azita, who is herself a member of parliament, inevitably names her fourth daughter Mehran and raises her like a boy. Zahra is also a teenager who is struggling with puberty and is not willing to live like a girl. Shukria has lived like a man for twenty years and now has three children and ....

This readable and fascinating book has been compiled in four main sections and is a painful narrative of the lives of women who have been born as ominous and disgraceful creatures and live like men to survive in society, and ultimately their culture and society are forcing them to Go back to the closets of the house and think only about marriage and childbirth