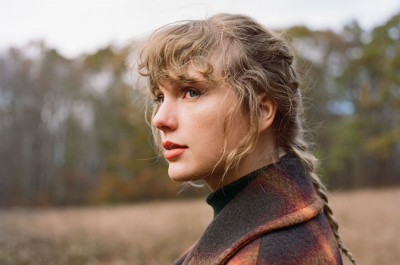 Taylor Swift has denied any copyright infringement over her hit 2014 song “Shake it Off,” writing in a federal court document filed on Monday that “the lyrics to ‘Shake It Off’ were written entirely by me.”

Swift was first sued over the song in 2017 by songwriters Sean Hall and Nathan Butler, who claimed she took lyrics from their 2001 song “Playas Gon’ Play” by 3LW. The basis of their suit is that “Playas Gon’ Play,” like “Shake it Off” includes versions of the phrases “hater’s gonna hate” and “player’s gonna play.” Butler and Hall’s suit was initially dismissed in 2018, but a panel of federal judges revived the suit a year later, stating it was dropped prematurely. A federal judge ruled at the end of 2021 that the suit would go to trial.

In her newly filed declaration, Swift touched on the origins of writing the song with co-writers Max Martin and Shellback, noting that Shellback made the drumbeat for the track, and Martin, Shellback and Swift worked together to make the musical lines with it. All the while, Swift was improvising the lyrics she said. She further added that she never heard “Playas Gon’ Play” before the suit was filed and that the similarities between her song and “Playas Gon’ Play” only exist because phrases like “hater’s gonna hate” are ubiquitous across culture.

“In writing the lyrics, I drew partly on experiences in my life and, in particular, unrelenting public scrutiny of my personal life, ‘clickbait’ reporting, public manipulation, and other forms of negative personal criticism which I learned I just needed to shake off and focus on my music,” Swift wrote. “Prior to writing ‘Shake it Off,’ I had heard the phrases ‘players gonna play’ and ‘haters gonna hate’ uttered countless times to express the idea that one should shrug off negativity.”

She added: “I also recall hearing similar player and hater phrases in many songs, films and other works prior to ‘Shake it Off,’” specifically recalling Eric Church using the same lyrics in his song “The Outsiders” when she attended the 2013 Country Music Awards.