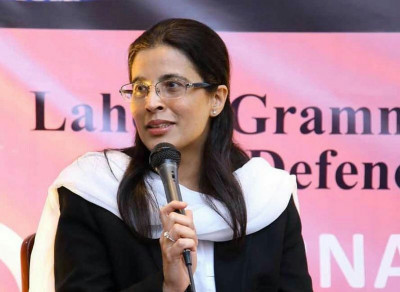 After 74 years of its birth, Pakistan is going to have its first female justice in the apex court. Ayesha Malik, 55-year-old Lahore High Court Justice is finally breaking the glass ceiling in the judiciary of Pakistan. Her name was approved by the Judicial Commission of Pakistan (JCP) on January 6 for this elevation. It is expected that the Parliamentary Committee on Judges will confirm her appointment as Supreme court justice to a 10-year term.

Malik has given some landmark judgments in her career. Last year she outlawed the virginity tests for rape survivors. "It is a humiliating practice, which is used to cast suspicion on the victim, as opposed to focusing on the accused and the incident of the sexual violence," she said in her verdict applicable to the state of Punjab.

But the path of Malik's elevation was not at all smooth. Last September, the Judicial Commission rejected her elevation after four out of eight members opposed her on the ground of lack of seniority. Malik is fourth in seniority at the Lahore High Court where she joined in 2012.

But this time, the approval of the panel of judges happened through five votes to four in her favor, with support from the Chief Justice of Pakistan Gulzar Ahmed. The Pakistan Bar Council, the provincial Bar Councils, the Supreme Court Bar Association and all the High Court Bar Associations passed a resolution objecting to her elevation on the seniority ground. Bar Council of Pakistan called a nationwide strike on January 6 in protest. Despite the opposition, the JCP convened on that day and approved her appointment to the Supreme Court.

The question arises, why is Pakistan getting a woman judge at the apex court so late. In the past, several women have been blocked from becoming chief justices of their respective high courts too. There are 41 instances of judges—all men-- being appointed to the Supreme Court without required seniority. Then why is seniority considered an impediment to a woman justice's elevation? Such incidents reflect deep-rooted misogyny and patriarchy in the legal fraternity of Pakistan.