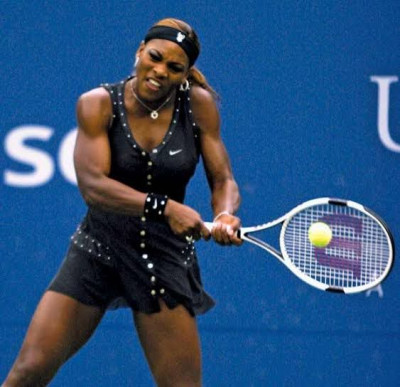 Williams, who made her professional debut in 1995 a year after her older sister Venus, has been one of the game’s most marketable stars. She has a slew of corporate partners and in 2019 became the first athlete to land on Forbes’ list of America’s richest self-made women.

Williams revolutionized women’s tennis with a lethal mix of powerful serves, groundstrokes and superb athleticism and became the most successful player in the Open Era by collecting 23 Grand Slam titles, the most recent coming in 2017.

That success also inspired a generation of tennis players, including Naomi Osaka who beat Williams in the 2018 U.S. Open final to claim the first of her four majors and remembers watching her childhood idol.

“When I was younger, the family event would be watching Serena and Venus,” Osaka

Throughout her career, Williams has been outspoken about the culture of racism that she and her family, including Venus, were subjected to within a predominantly white sport.

At the peak of her career, Williams began what amounted to a 14-year boycott of a marquee tennis tournament in Indian Wells, California, after suffering racist jeers there in 2001, an incident which she said left her crying in the locker room for hours.

In 2018, she accused officials of allowing a culture of sexism to run rampant in the sport, with women players being penalized for things that her male counterparts would never be punished for.

After being handed a series of code violations during the U.S. Open final defeat by Osaka, Williams was particularly upset when she was docked a game for verbal abuse after telling the umpire he was “a thief” for stealing a point off her for a previous infringement.

Williams for the longest time had been the flagbearer of activism throughout tennis, and it is quite surprising to see how we have gone from Serena Williams to Novak Djokovic in terms of activism in Tennis.

Williams' legacy has impacted millions of people to stand up and fight for themselves.