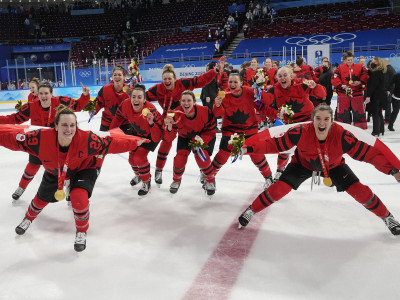 In recent years, gender equity in sport has rightfully received renewed attention. This is due in large part to the work of athletes, advocates, leagues, associations and governing bodies across Canada who have expressed a continuing commitment to ensuring gender equity in the form of increased opportunities, funding or ownership of the sports themselves.

Despite attempts to rectify inequality in men’s and women’s sport, inequity remains an insidious force due to a discrepancy between the practical administration of male and female sport.

This imbalance can often be seen in the language of the rule book itself: a document that lays bare how gendered inequality has been embedded within the fabric of a sport.

So, if the Canadian government intends to keep its pledge to achieve gender equity in sport by 2035, it’s time to examine rule books.

Throat guards and hockey
Recently, while teaching a course on Canadian sport policy at Brock University, I was approached by two female hockey players who had a question about a policy governing their sport. Both students, including my co-author Camie Matteau Rushbrook, had serious questions about Hockey Canada’s policy on neck protection.

They wondered why there was a gendered difference in throat protection policies: female players are required to wear them and male players have the option.

Despite the fact that throat guards can help avoid an unlikely cut on the neck, most players find them unpleasant and despise wearing them — making the requirement frustrating for female hockey players, especially with no greater risk of injury posed to them over men.