PSG should allow Pochettino to leave for Old Trafford 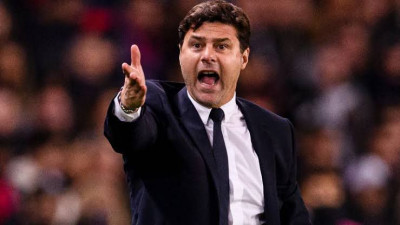 Mauricio Pochettino is much in the news at present – rumour mills are working overtime on his possible move from Paris Saint-Germain to accept the coveted post of manager in Manchester United. The Argentine himself has done very little to stop the gossip. He seems enjoying the attention. On the eve of the Champions League match against Manchester City, which his team lost comprehensively, the PSG coach said: “Rumours are there and we need to live with that….I am not going to make the mistake to talk. Everything we will say in a way, in the past when I was at Espanyol and my dream was to meet Ferguson, all that, I can tell now its’s going to be misunderstood and out of the context.”
Well, the coach said he doesn’t want to talk and still said a lot. The talk in the football market is Pochettino is eager to move to Old Trafford but the contract in Paris may prevent him going midway. And PSG may throw a spanner in the Argentine’s way to fulfil his long-cherished ambition to become Man U boss.
But given his recent performance PSG should release him without much hue and cry. On Wednesday night, the star-studded PSG did manage to make the Champions League knock-out rounds but not in the manner their fans expected it to be. The 1-2 loss against Manchester City isn’t a big deal – victory and defeat are integral part of the game, but never for a moment PSG looked like having a true chance. That too after taking the lead, which lasted barely 10 minutes. Lionel Messi did a decent job, so did Kylian Mbappe, but what about the rest of the team? There is a feeling the coach has failed in controlling his squad and the dazzling forwardline that also has Neymar. PSG are still not a cohesive unit despite Pochettino being a good human being. Some also suspect the coach doesn’t enjoy full power to do what he wants to. Well, if that’s the case, then Pochettino leaving for Premier League shouldn’t affect the Parisians much.