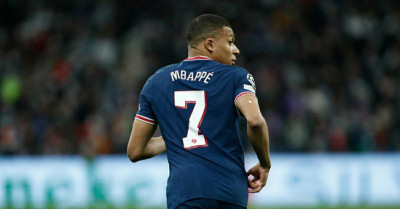 Ligue 1 giants Paris Saint-Germain (PSG) are reportedly keeping an eye on Benfica forward Darwin Nunez. The French champions could sign the Primeira Liga’s top scorer as Kylian Mbappe’s replacement if the Frenchman leaves Paris as a free agent in June.

Kylian Mbappe, who is Ligue 1 2021-22's leading scorer (24) and assist-provider (15), will be out of contract in June. Considering the way he has performed for PSG, the club from the French capital are eager to tie him down to a new contract. Unfortunately, the 23-year-old is yet to agree to a new contract.

If the France international ends up leaving Paris at the end of June, the 10-time French champions will need to splurge on a capable replacement. And, as per the aforementioned report, they already have a name in mind.

Darwin Nunez, who has grabbed eyeballs with his spell-binding performances this season, is supposedly Paris Saint-Germain's top pick as Mbappe’s replacement. The Uruguayan forward has demonstrated serious pace, finesse, and lethal finishing this season, netting 26 goals in only 28 appearances in the Portuguese top-flight.

As expected, his devastating numbers have drawn the attention of many top clubs in Europe. English clubs Arsenal, West Ham United, and Manchester United; Spanish outfits Barcelona and Atletico Madrid; and Italian powerhouses Milan and Inter are all interested.

As made evident from the partial list of Nunez’s suitors, it would not be easy for Paris to get their hands on the player. They, however, could cut out the competition by activating his release clause, which is currently set at a whopping €150 million.

Alongside Mbappe, PSG's Mauro Icardi is another name that could leave the Parc des Princes this summer. The Argentine has failed to impress his employers, rarely making the most of the sporadic chances he gets. The 29-year-old has over two years left on his contract and is currently valued at €28 million.