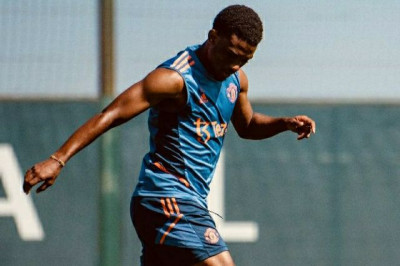 After facing contrasting fortunes in their respectives games on the gameweek 1, Manchester
United are all set to visit Brentford in the second gameweek. Brentford and Manchester United
will lock their horns at Brentford Community Stadium in a bid to register all three points.

Brentford started their second season in the Premier League after the promotion with a draw
against Leicester City at King Power Stadium. After being behind for 2/3rd of the game,
Brentford found a way back to draw the game. Ivan Toney and Josh D’Silva played a key role
for the team.

Manchester United had a horrible outing against Brighton and Hove Albion. The team conceded
two goals in the first half which made their comeback difficult. Though an own goal helped them
to reduce the deficit, Brighton’s disciplined defense did not allow Manchester United to salvage
a draw at Old Trafford.

The Brentford vs Manchester United game is available on the Disney+Hotstar application and
Star Sports Network. Sky Sports Network will telecast the game for the residents in the UK.