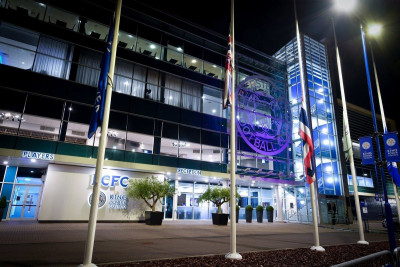 The biggest weakness in this side is clearly their defence. The departure of Kasper

Schmeichel has also seemed to have a negative impact on the side as they have leaked multiple goals this season and their goal difference is -12. Wensley Forfana’s big-money move to Chelsea has also reduced the defensive solidity and after acquiring a good fee for the player one can understand Rodgers’s frustrations and can empathize with him. While wementioned their most competitive performance came against Manchester United the defenceis exactly the reason they lost that game as they were all over the place for United’s goal. This has continued and the side continue to leak goals consistently.

The international break came at a perfect time for a side like Leicester as it gives them the opportunity to reset and re-group. This also gives an opportunity for the manager to have honest conversations with the players and gives them the time on the training ground towork on and attempt to rectify their deficiencies. Leicester must improve their defence going forward and should Rogders reach the January transfer window then the club will surelyback him in the transfer window and invest into the side.

Leicester have consistently challenged for a top-six finish in the league the last few seasons and this seems to be a doubt this season as other sides have improved greatly and Leicester seems to be on a downwards trajectory. They are competing in the UEFA Europa Conference League and this could be a pathway into the Europe League next season which will help the club in terms of finances. Defence is key and Leicester must improve in this

department as if they continue to show such vulnerability then Rodgers’ may well and truly lose his job which will be a sad situation for the players and fans.

Take a look at Leicester’s squad for the 2022/23 Premier League campaign: