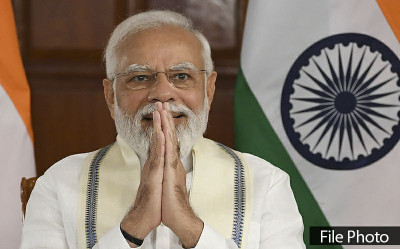 The Prime Minister, Shri Narendra Modi felicitated the Indian contingent for the Commonwealth Games (CWG) 2022 in New Delhi. The felicitation was attended by both athletes and their coaches. Union Minister for Youth Affairs & Sports and Information & Broadcasting Shri Anurag Singh Thakur and Minister of State for Youth Affairs and Sports Shri Nisith Pramanik were among those present.

The Prime Minister congratulated the players and coaches for their stupendous performance at the Commonwealth Games 2022 held in Birmingham, where India bagged 22 Gold, 16 Silver and 23 Bronze medals in various disciplines. The Prime Minister welcomed the athletes and coaches and expressed immense pride in the accomplishments of India’s athletes at CWG 2022. The PM said that it is a matter of pride that due to the splendid hard work of the sportspersons, the country is entering into the Azadi ka Amrit Kaal with an inspiring achievement.

The Prime Minister highlighted that in the last few weeks, the country has accomplished two major achievements in the field of sports. Along with the historic performance in the Commonwealth Games, the country has organized the Chess Olympiad for the first time. Addressing the athletes, the Prime Minister said “while all of you were competing in Birmingham, crores of Indians were keeping awake till late night here in India, watching your every action. Many people used to sleep with alarms set up so that they remained updated on the performances.” The Prime Minister said as per his promise at the time of the contingent’s send-off that we are celebrating victory today.

Highlighting the great performance, the Prime Minister remarked that numbers do not reflect the entire story as many medals were missed by the narrowest possible margins which will soon be rectified by the determined players. He said that India has found a new way of winning in 4 new games as compared to last time. From lawn bowls to athletics, the athletes have performed phenomenally.