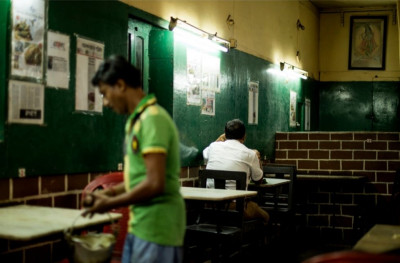 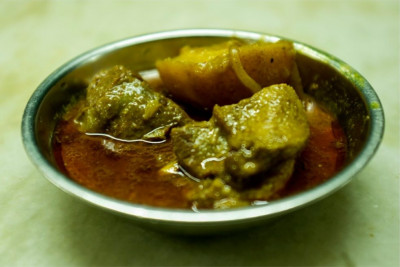 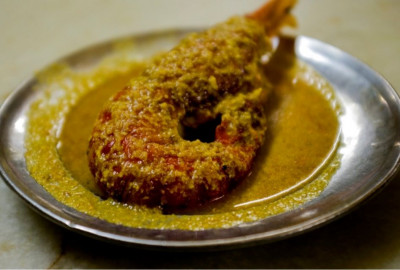 And especially finding a Bong Pice hotel in a tourist destination when you've been dying to eat 'maach-bhaat' is one of the best feelings!😛

The true flavours of Kolkata are not to be found in the rich, commercial biryani handis or the mass produced momos. Neither will you be able to savour them at a fancy 'Bangali' restaurant that claims to have unearthed grandma's secret recipe. It is likely to be found in the handful of Pice Hotels that have been around for decades, serving simple, homegrown, hearty meals at inflation resistant prices.
The history of Pice Hotels goes back to the time when the pice was a monetary unit of British India at one time, equal to one quarter of an anna. These 'hotels' that came up on street corners, came up to cater to the influx of people from across the borders, and went hand in hand with the growth of 'mess' or paying guest accommodations that were home to immigrant job seekers. The tradition of serving a regular three-course homely (non-vegetarian dishes, dishes cooked without onion garlic) meal, in an unpretentious setting, with dishes that would remind one of home, has remained a staple of the oldest surviving pice hotels in the city. Of course, if you could have a sumptuous meal for a pice, you need to shell out about Rs 50 approximately. But it still remains the most VFM deal you can come across.

Most Pice Hotels were bare bones. Sometimes you had to sit cross-legged on the floor, at others, rudimentary wooden benches would be provided. Menu of the day depended on the day's fresh catch and seasonal produce, always hand written on a black board. Billing system was manned by waiters who would memorize not only the menu but also the exact details of the order. You ate. You paid. You took a pinch of the 'mouri' (fennel seeds) and walked out. Feeling full. But your wallet not that much lighter.

Despite the march of commercialization, some of the most popular pice hotels of yore have managed to stand their ground – a proof that good food, friendly pricing and unpretentious service can still score over gimmicks.

A Kolkata trip up your sleeves? Bong-Appetit!