Phoebe Bridgers and her rise to fame 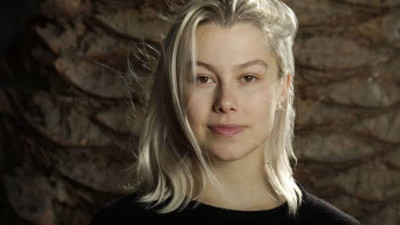 Phoebe Bridgers, the American singer, songwriter, guitarist and producer, working in the genres of indie and folk, earned critical acclaim and widespread recognition for her 2020 album “Punisher,” following which she was also nominated across four categories at the Grammy’s 2021, including Best New Artist.

Before her solo career, Phoebe was a part of quite a few bands. Her band Sloppy Jane's inclusion of their cover of The Pixies' "Gigantic" in an Apple ad made it possible for her to continue living the life of her dreams.

In 2017, Bridgers released her full - length debut album, called “Stranger in the Alps,” which was critically acclaimed and received appreciation from major publications.

Punisher in 2020 was what increased her fame to new highs and made her a mainstream artist. Phoebe has over a course of time, worked with various well known artists, including Taylor Swift and Lorde and has covered songs from a variety of artists, including “That Funny Feeling” by Metallica, “Summer’s End” by John Prine and “Friday I’m in Love” by the Cure.

With her being vocal about her mental health issues, being out and queer, writing painfully honest touching songs and lyrics some of the darkest and most deepest thoughts humans experience, she’s a fan favourite for a reason!