Pablo Mari transfer from Arsenal to Udinese hits a snag 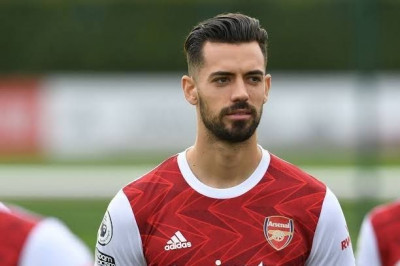 Arsenal central defender Pablo Mari’s transfer to Udinese has seemed to have stalled. Arsenal
were willing to sell the defender to Udinese after the loan spell, but Udinese have put all transfer
plans on hold given their uncertain managerial situation.

Earlier this week, Udinese bid goodbye to caretaker manager Gabriel Cioff, who had replaced
manager Luca Gotti in December. It was Cioff who looked to get Mari onboard at Udinese, with
the pair sharing a close relationship over their time at the club.

In an interview with Gazetta dello Sport, Mari said, “When I arrived in January, I had a clear and
precise idea,
I told the coach and [club owner] Gino Pozzo that I was coming to play. But I realised that I had
to earn the job day after day, workout after workout. Gabriele Cioffi was the first who welcomed
me, well, here."

Pablo Mari has featured 15 times for Udinese this season, averaging 4.5 blocks and 0.8 tackles
per game. He has helped the club keep 2 clean sheets and score 2 goals in the process as well.

Mari seemed all set to leave, with Mikel Arteta deeming the player surplus to requirements.
However, with Mari set to stay at Arsenal, Arteta might consider using him as cover for the left
center back position - given that Arsenal were reportedly interested in bringing a left footed
center back to the club. This would help them save on money and pursue additional targets
elsewhere.