Our performance at Tokyo Games is a huge confidence booster for us: Salima Tete 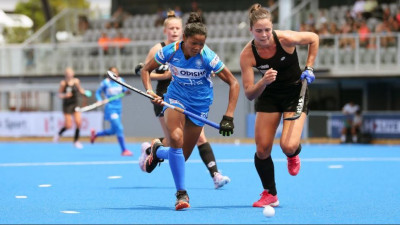 New Delhi: The Indian women's hockey team fought tooth and nail against some of the top teams in the world at the Tokyo Olympics in July-August 2021. They made history when they defeated the three-time Olympic Gold Medallist Australia 1-0 in the quarter-final and played in their first-ever Olympic Semi-Final against Argentina.

The Indian women's hockey team Midfielder Salima Tete, who played an integral role in India's brilliant performance at the Olympics, expressed that even though the Indian women's team couldn't finish on the podium, they have shown signs of a bright future.