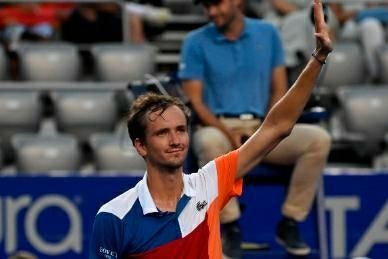 For the first time since Andy Roddick held top spot in 2004, Monday will mark the first time a player outside of the 'Big Four' of Rafael Nadal, Roger Federer, Andy Murray and Novak Djokovic will be ranked world No. 1 in men's tennis, CNN reported.
Russia's Daniil Medvedev will be crowned the new No. 1 after Djokovic's surprise defeat to world No. 123 Jiri Vesely in the quarterfinals of the Dubai Duty Free Tennis Championships on Thursday.