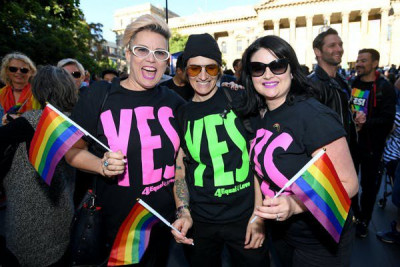 This makes them the second-largest “religious group” after Christians, who make up 43.9% of the population, down from 52.1% in 2016.
Australia is often described as a secular country and this ongoing movement from religion to “no religion” is one way this manifests.

The numbers are interesting but, as a legal academic, I am more interested in what they mean in practice and how this ongoing shift in Australia’s religious demographics plays out in our laws.

I began teaching law and religion at the University of Western Australia just over a decade ago. At the time, we were teaching students about the arguments for and against same-sex marriage. However, this was a purely theoretical concept.

How quickly things change.
In the five years between the 2016 census and 2021 census, Australia saw a monumental shift in what might broadly be considered moral laws.

In December 2017 the definition of marriage was officially changed to being the union of two persons voluntarily entered into for life, regardless of gender.

The definition of marriage was officially changed to being the union of two persons voluntarily entered into for life, regardless of gender, in December 2017. AAP Image/Joe Castro
But marriage equality is just the tip of the iceberg. Euthanasia and abortion laws have also been reformed in the five years between the censuses.