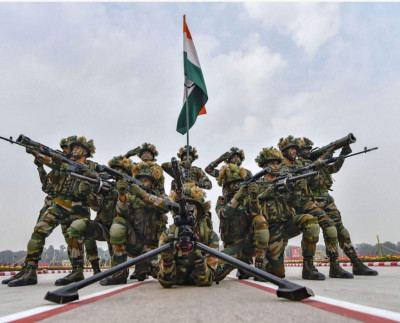 Army Day is celebrated on 15 January every year in India, in recognition of Field Marshal Kodandera M. Cariappa's (then a Lieutenant General) taking over as the first Commander-in-Chief of the Indian Army from General Fransis Bucher , the last British Commander-in-Chief of India, on 15 January 1949. The day is celebrated in the form of parades and other military shows in the national capital New Delhi as well as in all headquarters. On 15 January 2022, India celebrated its 74rd Indian Army Day in New Delhi