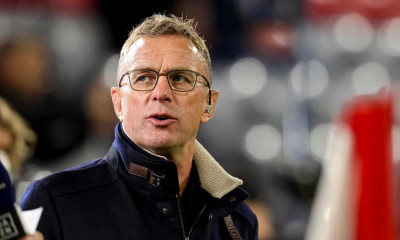 Manchester United are in advanced talks with Ralf Rangnick over becoming their interim manager until the end of the season. Rangnick, a former head coach at clubs including RB Leipzig and Schalke, is Lokomotiv Moscow’s head of sports and development.

United is still in talks with Lokomotiv, with whom the German signed a three-year contract in July.

Rangnick will accept the post only if guaranteed a consultancy contract from May until 2024 or 2025, and United are understood to have agreed to that condition.

United held talks with Rangnick on Monday and have had discussions with other candidates including the former Barcelona manager Ernesto Valverde. The club said when sacking Ole Gunnar Solskjær last Sunday that they would look for a temporary manager for the remainder of this campaign before making a longer-term appointment.

Rangnick spoke with United on Monday, and the club has held negotiations with a number of other possibilities, including former Barcelona manager
Ernesto Valverde.

When Ole Gunnar Solskjr was fired last Sunday, the club stated that they will hunt for a temporary manager for the remainder of the season before making a longer-term appointment.