Magic Johnson criticizes Lakers for quitting on the job with no warning vs. Nuggets 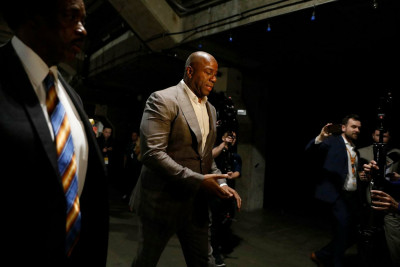 Around half an hour after the Lakers were finished getting blown out by the Denver Nuggets on Saturday night, Magic Johnson decided he had seen enough, and (seemingly) turned to the woman who follows him around and sends his tweets for him and gave her an instruction: That it was time to blast this team for quitting on the job with no warning, and leaving Lakers governor Jeanie Buss out to dry.

Johnson hasn’t often criticized the team publicly since he quit his job as Lakers president of basketball operations, but it’s clear that he’s not happy with the way the Lakers are heading, or how they did the basketball version of telling the media they were quitting without letting the team owner know first on Saturday.

And hey, he’d know better than anyone how messed up that is.

Russell Westbrook, the only player who had a chance to respond to Johnson’s tweet after the loss, said “I do not have a reaction” when queried about Johnson’s analysis.

“Everybody’s entitled, in this world, to their opinion regardless of what that is. You can either take it and run with it, or take it and put it in one ear and out the other or you can not respond to it. Magic’s entitled to his opinion, and he’s not here every day. He’s not around us every day. He’s not aware kind of what’s going on internally with us and trying to figure things out,” Westbrook said. “Like I said, everybody in this world is entitled to their opinion.”