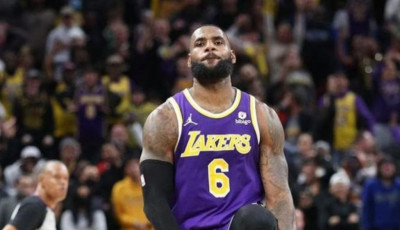 LeBron James brought referee Rodney Mott over to the sideline and pointed and gestured at two fans sitting on the front row seats and got them ejected.

The Los Angeles Lakers returned back to winning ways in NBA following their 124-116 overtime victory against Indiana Pacers on Thursday. LeBron James who returned back to the team after serving the first suspension of his career scored a season-high 39 points to lead his team to victory. Apart from scoring points, Le Bron James was also in news during the Lakers vs Pacers for getting two fans ejected during the match.


Lakers vs Pacers: LeBron James gets courtside fans ejected
With just 2:29 left in the extra period of the Lakers vs Pacers NBA game, LeBron James after complaining to the referee got two fans ejected. Just before the end of the game, James brought referee Rodney Mott over to the sideline and pointed and gestured at two fans sitting on the front row seats. One by one-two arena officials approached got involved in the situation after which the officials escorted a man and a woman from their first-row seats on the floor.

The elbow incident happened when James and Detroit Piston's Stewart contested a rebound on a second free-throw attempt but it was James' elbow that hit Stewart. The Pistons star stumbled backwards, bleeding from near his eye. James went over to apologise but Stewart was having none of it. To read more https://www.republicworld.com/sports-news/basketball-news/lebron-james-returns-from-suspension-to-play-lakers-vs-pacers-game-gets-two-fans-ejected.html