LeBron James Return: Superstar will be in COVID protocols for 10 days but is feeling better 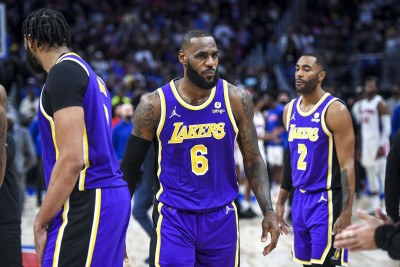 LA Lakers forward LeBron James has already produced one negative test after testing positive for COVID before Tuesday's game against the Sacramento Kings. The superstar has been in quarantine ever since that test result and will miss games while following NBA protocols.

According to Shams Charania of The Athletic, LeBron James is feeling okay but will have to remain in quarantine and abide by the protocols for at least 10 days.

The Brooklyn Nets have decided to play without marquee guard Kyrie Irving, because he isn't eligible to play for the Nets due to the mandate for vaccination in Brooklyn. (Irving could play in other arenas outside of New York City and California, but Brooklyn opted to play without him.)

James has been cryptic about whether he's been vaccinated or not and him testing positive a couple of days ago could bring up conversations again about his stance. However, James said before the season he had chosen to get vaccinated.