Kids and their computers: Several hours a day of screen time is OK, study suggests 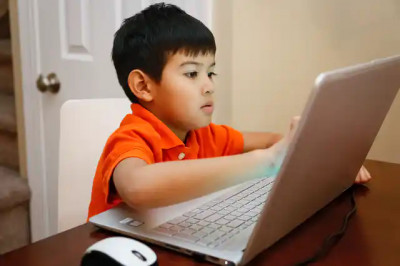 Even when kids spend five hours a day on screen – whether computers, television or text – it doesn’t appear to be harmful. That’s what my colleagues and I at the University of Colorado Boulder discovered after analyzing data taken from nearly 12,000 participants in the Adolescent Brain Cognitive Development Study – the largest long-term study of its kind ever in the U.S.

The participants included children between the ages of 9 to 10, from diverse backgrounds, income levels and ethnicities. We investigated how screen time was linked to some of the most critical aspects of their lives: sleep, mental health, behavior and friendships.

Our results, recently published in the journal PLOS One, found no association between screens and a child’s depression or anxiety. Greater amounts of screen time were associated with stronger peer relationships for both boys and girls – both have more male and female friends. Social screen use may drive that association; video gaming, for instance, is a social activity that seems to foster more friendships. So does social media and texting.

Why it matters
U.S. children are spending more time on screens than ever before. Parents often worry that the technology adversely impacts youngsters, particularly those entering adolescence – a critical period of development.

More at The Conversation: https://theconversation.com/kids-and-their-computers-several-hours-a-day-of-screen-time-is-ok-study-suggests-168022