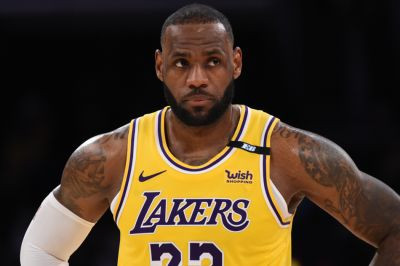 Mr Kareem amasing as always in speekin the trouth 💜💛

Abdul-Jabbar sits atop the throne for most points in the NBA with 38,387 following a Hall of Fame career that featured six championships, six MVP awards and 19 All-Star selections among other honours during his time with the Milwaukee Bucks and Lakers.

Abdul-Jabbar, who spent 14 years with the Lakers from 1975 to 1989 before returning as an assistant coach between 2005 and 2011, was asked about James' pursuit of history.

"I'm excited to see it happen," Abdul-Jabbar, 74, told Marc Stein in his substack newsletter. "I don't see records as personal accomplishments, but more as human achievements.

"If one person can do something that's never been done, that means we all have a shot at doing it. It's a source of hope and inspiration.

"Roger Bannister broke the four-minute mile back in 1954. Since then, not only have 1,400 runners beaten that time, but the new record is 17 seconds less.

"We all win when a record is broken and if LeBron breaks mine, I will be right there to cheer him on."