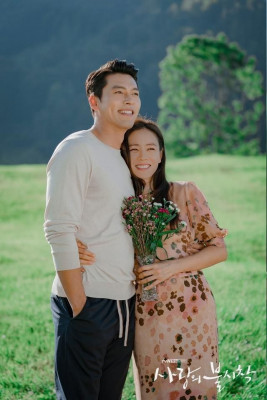 1)CRASH LANDING ON YOU
What happens when a South Korean heiress accidentally lands into North Korea and meets her dream man serving for his own nation. It is one of the most watched Hindi dubbed K dramas on Netflix.

2)ITAEWON CLASS
K-pop fans know this because of BTS V ost 'Sweet Night' but the series did exceptionally well among the international audience. It focuses on issues such as racism and transphobia in South Korea.

3)IT'S OK NOT TO BE OK
Dubbed as the masterpiece of the year, the series addressed the mental health issue in parts of Asia and normalizedissues related to the problem.

4)THE KING: ETERNAL MONARCH
Watching Lee Min Ho k-dramas is always a moment of joy for his fans. The show is about a modern-day ruler from another universe, and it's another Hindi-dubbed Korean drama on Netflix.

5)W
Want to see Lee Jong Suk slay a comic book character? This old K-drama is a perfect escape to take you on an imaginary world ride.

6)SQUID GAME
The k-drama boomed among the international Netflix and chill audience and became one of the most watched k-dramas. No doubt it bought hallyu waves on the doorsteps of many households.
Want to see Lee Jong Suk slay a comic book character? This old K-drama is a perfect escape to take you on an imaginary world ride.

7)MY NAME
If you think women shown in K-dramas are mostly cry babies or way too sensitive, you need to give a try to this gangster girl who joins the mafia to avenge her father's death.

8)VINCENZO
No reasons why this K-drama won't be on this list. Song Joong Ki was probably the first to debut in India through Zindagi channel with Descendants of the son.

9)HOMETOWN CHA CHA CHA
This K-drama is so healing and refreshing that you will fall in love with every character of the series, from the lead couple to the second lead & everyone near them.

10)NEVERTHELESS
This one is dedicated for the Gen Z audience in case they are looking for more kissing and romantic scenes. Watching Na-bi fall foor a red flag is indeed exciting