Japan to India via Dance, Hindi & Sanskrit: How a Spiritual Journey Started! 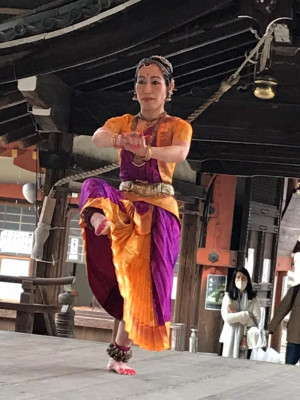 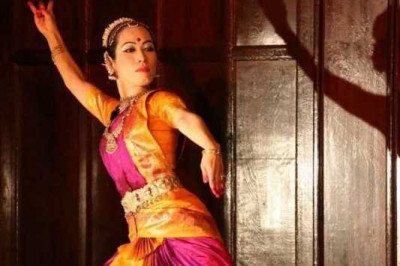 Namaste from Japan: One life not enough to learn Bharatanatyam!

Cultural connect through one of the beautiful dances of India.

Thank you for sharing your experiences on Pixstory, I look forward to learning more!

Fascinating story! I’m looking forward to your next post.

People often ask me how I got so involved with Indian culture, dance, yoga and martial arts.

I must tell you that this has been an amazing journey. One that started in my hometown Osaka, a beautiful city in Japan, and took me to Baroda and Chennai in India.

I am using Pixstory to talk about this sojourn: a discovery of many things, enriching and rewarding.

How did it all start?

I wanted to learn a new language and gain some mastery over it. To avoid the obvious choices of English, French etc, I turned to Asian languages. I went through some Asian languages before deciding on Hindi.

I believe knowing a country’s language helps you understand its culture and people better. I was also lucky to meet Prof Tomio Mizokami, who was given the Padmashri, a civilian honour of India, in 2018.

His understanding of how to learn a language helped immensely. Hindi was a natural ladder to Sanskrit, the ancient, classical language that I can read and understand now.

Learning the two languages opened up my world further. There was nothing like reading and understanding Gitagovinda in Sanskrit. Gitagovinda, a lyrical poem celebrating the romance of Lord Krishna and his beloved, Rādhā, is renowned for both its literary value and expression of religious longing. The poem was written by Jayadeva, a late 12th century poet in the court of King Lakṣmaṇa Sena.

As I learnt more about India through and Hindi and Sanskrit, my yearning to visit India grew.

By then, around 1992, I was also trying to learn more about Indian dance. But there wasn't much information readily available in Japan.

I came across Bharatanatyam, a beautiful dance form I fell in love with. Luckily, I got an introduction to Padma Bhushan awardee C V Chandrashekhar. Before long, I travelled to MS University, where he was was teaching then. He took me on as a private student. He is a kind guru. More about this in the next post.