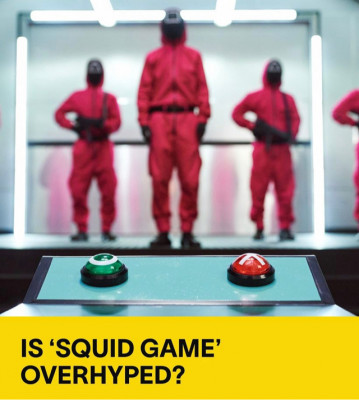 Yes, yes. It is over hyped

Vulture reported that Squid Game has topped Netflix's rankings in 90 countries, including the United States. YouTube is filled with fan theories, TikTok with recreations of the challenges, and e-commerce sites with character-inspired merchandise. Even those who haven't seen the show have their own memes.

But does the show really deserve so much attention?

While some believe that it's the best show they've ever seen and the show's success shouldn't come as a surprise, others argue that the show isn't really original as it borrows narratives and scenes from 'As The Gods Will', 'The Hunger Games' and India's infamous.