In a win for Traditional Owners, Origin is walking away from the Beetaloo Basin. 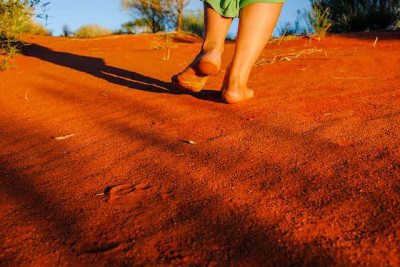 What a difference six months makes. Before the federal election, the Beetaloo Basin in the Northern Territory was to have spearheaded Australia’s “gas-led recovery”. But Origin Energy this week announced it would sell its share of the basin project ahead of a wider exit from new gas ventures.

The Beetaloo Basin holds a truly enormous amount of fossil carbon – prompting Greens leader Adam Bandt to describe it as a “climate bomb”.

Origin’s exit is not a killing blow to the controversial project. But it shows increasing corporate jitters about investing in gas. And the announcement came as major iron miner Fortescue announced plans to eliminate fossil fuel use within eight years.

Origin’s exit is a major win for the region’s Traditional Owners, many of whom feared the fracking would cause large-scale environmental damage, as well as harming the climate. But Origin has sold its rights to frack Beetaloo – so the fight is far from overs

What is this basin and why does it matter?

Fracking the basin has been planned since 2004. The former Morrison Coalition government planned a so-called “gas led recovery” to accelerate its development, fuelled by large amounts of taxpayer money to encourage the fossil fuel industry to frack the remote area.

The move was unpopular with the region’s Traditional Owners, with fracking described by Traditional Owner Ned Jampijinpa Hargraves as “digging up my body, breaking my Tjukurpa (Dreaming)” in a government inquiry.

Origin’s statement makes no mention of these tensions in its decision. Indeed, it talks of “strong support” from the local community, including native title holders.