Importance of Assists as a Stat! 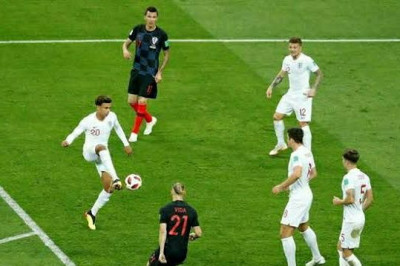 Assists and clean sheets are as important as goals

When any footballer is evaluated after a match, or a season, or even his whole career, the most important statistic that is evaluated is the number of goals or assists he has (for any forward, that is). Considering the same for any defender or goalkeeper, it would be the number of clean sheets. Although not as important as a goal scored/assisted.

Considering how goals are scored, they can be either scored from a direct freekick or a penalty or a deflection by a defender or even an own goal by the opposition. These goals are not accredited with assists. But open-play goals that are scored after a build-up by the attacking team, often have a goalscorer and a player who assists the scorer.

It can be argued that an assist is definitely as important as the goal scored. But what I do not get is that, say after a continuous play of 15-20 passes, why is only the person who made the final pass to the goalscorer credited with the assist? The majority of the team has been involved in the play, but all of them are not credited!

During open-play, when an attacking player ‘A’ plays a wonderful through-ball and it accidentally deflects off another attacker ‘B’ onto the scorer ‘C’, the player ‘B’ is still credited with the assist and not ‘A’, who was the main reason for the goal scored. Is this fair?

These days, there is a new word that is going around - “pre-assist”. What’s next? Pre-pre-assist? Or, second pre-assist? Ridiculous!!

When a footballer scores a wonder-goal - take the Cristiano Ronaldo Bicycle kick against Juventus, or the Wayne Rooney one against Man City, the goal is scored by the utter brilliance of the player at that moment. How can there be an assist stat associated with that goal? I mean, Carvajal or Nani would definitely love it! But, seriously. Come on...

Sometimes, stats can be too exaggerated. Should organizations review these stats? Or, consider re-evaluating how the term ‘assists’ can be modernized into something more refined?