How Russian currency has made a spectacular comeback 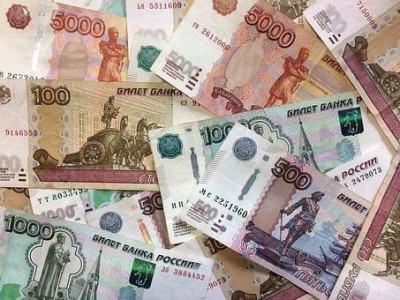 Russia's currency ruble has made a remarkable comeback after what seemed like a bottomless fall soon after the West imposed sanctions in February soon after Russia invaded Ukraine. Yesterday, the Russian currency was trading at 83 per dollar, just two rubles away lower than its stage on February 23, one day before Russian troops entered Ukraine.

Before the sanctions kicked in, the ruble was freely converted to the US dollar, enabling Russian business people to repay their overseas obligations. But freezing Russia's foreign exchange reserves and excluding Russian banks from SWIFT banking system meant that the ruble could not be readily available as foreign exchange for overseas payments. This had a cascading effect and ruble was in a free fall with many predicting that Putin had been brought to his knees. That was not to be. At least on the ruble front. ( https://www.globaltimes.cn/page/202203/1254369.shtml )

As Russian oil and gas exports were not in the ambit of the first round of sanctions, as the oil prices surged, Russia benefited and it could have the necessary resources to bolster ruble.

What helped the Russian currency was also the central bank's move to cap the number of dollars that residents can withdraw from foreign-currency bank accounts. It also refused permission to banks to sell foreign currencies for six months. These measures made it difficult for speculators and others to sell ruble and it bounced back. As one of the first steps, the central bank doubled interest rates to 20%. This led to more people saving money in local currency. ( https://www.wsj.com/articles/how-russias-central-bank-engineered-the-rubles-rebound-11648458200?link=TD_fnlondon_home.27995a643976ebba&utm_source=fnlondon_home.27995a643976ebba&utm_campaign=circular&utm_medium=WSJ )

After Putin said last week, the ruble also gained that "unfriendly" nations, mostly in the European Union, would be asked to pay for gas in rubles. The ruble also gained after the threat. Germany, Italy, and other countries get energy from Russia with transactions made in euros. But they are unlikely to give in to Putin's demands. ( https://www.cnbc.com/2022/03/29/germany-lindner-putin-should-think-before-asking-for-energy-payments-in-rubles.html )

Experts say that these measures may have a temporary effect on the Russian currency and that the Russian economy has deteriorated so much that the ruble value doesn't reflect in its current price. ( https://edition.cnn.com/2022/03/31/investing/russia-ruble-putin/index.html )