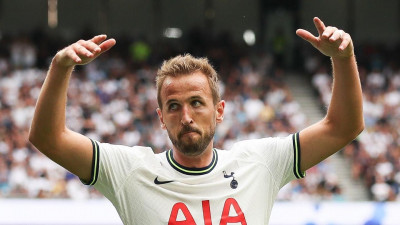 • Harry Kane is Tottenham's all-time leading goal scorer. His 266th goal saw him equal the legendary Jimmy Greaves, who spent nine years at the club. Here's his road to the top spot.

• After spells on loan, Kane was finally given a run in the first team in a Europa League tie.

• On his sixth appearance in the competition, Kane found the back of the net for the first time in December 2011.

• Despite a 2-1 defeat, this was a landmark goal for Kane that saw him step up to Europe's premier competition in November 2016 as we has off the mark in the Champions League.

• In France, the striker would net his first of 21 strikes to date in the competition.

• Kane netted a century of Spurs goals with his opener against Everton in September 2017.

• With his goal against Fulham, Kane has now equalled Jimmy Greaves' all time record of 266 goals for Tottenham. What. A. Player.